Our last post revolved around the collection of gold and gold history in the Wells Fargo Museum. These riches draw more than just the attention of those hungry for knowledge. Whether it was stage coach robbers or modern thieves, Wells Fargo has had its share of thefts.

Highlighted in one of the museum displays is the famous clashes between Wells Fargo agents and “Black Bart the Poet.” Black Bart (aka Charles Earl Bowles) came out the California with the gold rush but failed strike it rich.  In contrast, he was quite successful at robbing Wells Fargo stagecoaches.  He committed 28 robberies in all from 1875 to1883. He became notorious for his polite demeanor and the poems he left, taunting the detectives–even though he only wrote two poems.  Bowles was eventually caught after he got caught in an exchange of gun fire at his final crime scene and his handkerchief was abandoned and was traced back to him.

Such events fueled the popular culture narratives of stagecoaches and robbers. Movies, books, comics, and toys were all produced featuring the iconic Wells Fargo stage coach and its drivers versus wily bandits.  Many of these are still on display at the museum.

The museum collection itself experienced a great loss last January when three thieves committed a smash and grab.  As seen in the image below, the front of the museum is a glass wall.  Thieves drove an SUV into the museum front and held a guard at gunpoint while stealing gold nuggets.  Not only a blow to the collection, this theft closed the museum for almost a month, until it’s official reopening in February. 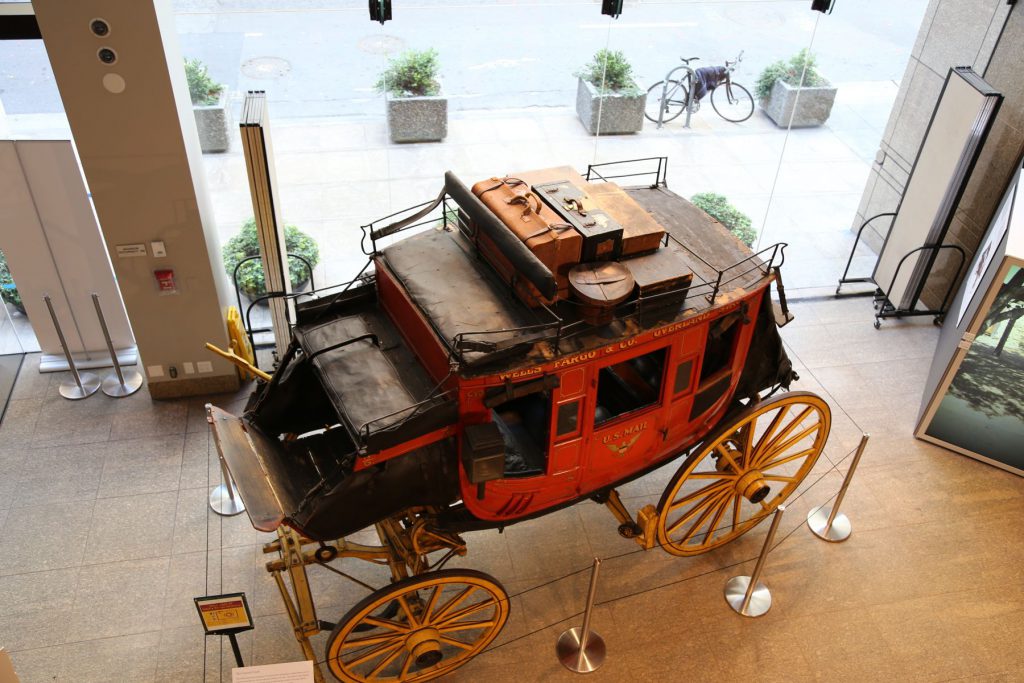 View of the Wells Fargo stage coach and the glass walls separating the museum interior from the street front. More concrete planters have been added between the street and sidewalk since the theft. 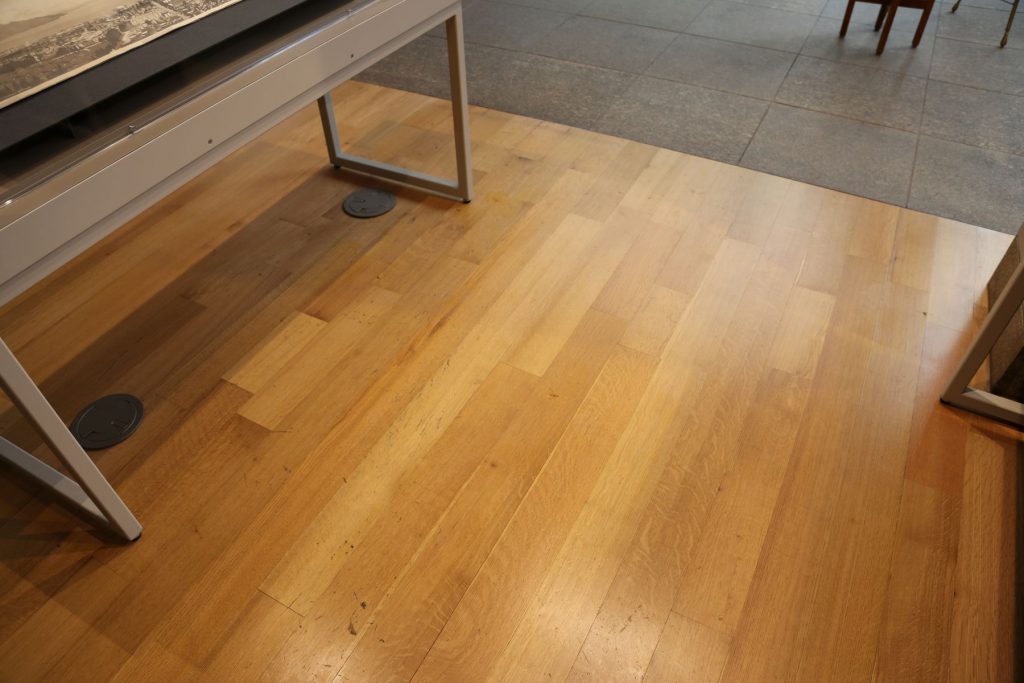 While most of the museum has been repaired since the break in, dents and marks on the wood floor remain as testament to the robbers’ presence.

Since the theft, the museum does not broadcast its losses or increased security, and you will not see any displays or notices about the event. Yet, Wells Fargo’s history of stage coaches and robbers continue to echo in many displays.

Mining Claims Near The Museum